The project involved the cleanup and removal of debris piles that were located on the exterior of the former Beech-Nut facility. A certified Project Manager performed daily inspections of the abatement work for compliance and project specifications. Final air samples passed clearance standards before the containment was disassembled.

"I'm pleased that the first point of physical progress is completed," Ossenfort said.  "It was a great opportunity to give Congressman Faso a tour and we look forward to his continued partnership as we move forward in the redevelopment process."

"I commend Montgomery County's redevelopment efforts and collaboration with EPA to clean up the site," Faso said. "The Village of Canajoharie has a beautiful downtown and I will work to assist Mayor Avery and County Executive Ossenfort in whatever way I can as this project continues." 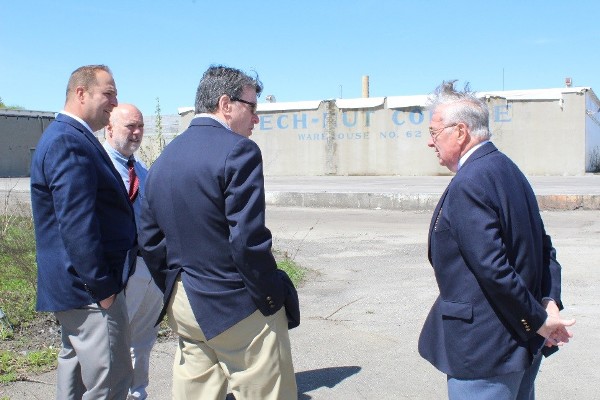