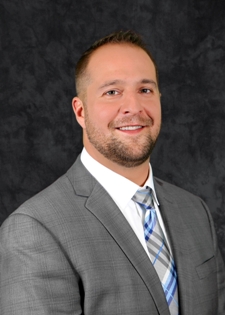 Mr. Ossenfort was born and raised in Amsterdam, attended Amsterdam City Schools and is a lifelong resident of Montgomery County. He holds a Bachelor's Degree in Political Science and History from the University at Albany.

Upon graduation, Matt began work in the New York State Assembly, most notably serving as Chief of Staff to Assemblyman George Amedore. Prior to being elected, as Montgomery County Executive, Matt served as a Senior Legislative Analyst with the New York State Senate.

Since taking office, County Executive Ossenfort has made it a priority to focus on cultivating transformative change for the county and the region. That begins with the redevelopment of local downtowns and waterfronts, chiefly the redevelopment site in Canajoharie that was the former home of Beech-Nut. Through this project, he has participated in a design charette put on by the American Architectural Foundation, which looked towards the future of the 26-acre site. He also has participated in numerous brownfield summits, helping to elevate the profile of this project and advocate for state and federal resources. Many of which, the county has been successful at obtaining.

Mr. Ossenfort has also been at the forefront of state initiatives, such as the Municipal Consolidation & Efficiency Competition. County Executive Ossenfort brought together a team that was focused on drafting an extensive game plan towards the future, with an eye on productivity and effectiveness. At the same time, he helped bring all of the county’s 21 municipalities together to work towards a Countywide Shared Services Initiative that was approved and submitted to the state in 2017.

His considerable work with shared services plans has led to a fellowship with the New York State Academy for Public Administration.

The greatest responsibility of local government is the protection of lives and property and County Executive Ossenfort has overseen an public safety wing addition to the Sheriff’s Office. He was also part of the committee that helped draft the county’s NY Rising Countywide Resiliency Plan, with the goal of developing reconstruction strategies to build more resilient communities.

Locally, Mr. Ossenfort has been served on numerous boards that have had as their goal to benefit the local community and its residents. He was the founding member and past president of the Montgomery County NY chapter of Habitat for Humanity. Mr. Ossenfort has also served as chairman of the Amsterdam Golf Commission. He currently sits on the Fulton County YMCA board and is a Rotarian.

In 2015, County Executive Ossenfort was appointed by Governor Andrew M. Cuomo to the State Workforce Investment Board.