FONDA - Earlier this month, the Environmental Protection Agency was at the Exit 29 Redevelopment Site, in Canajoharie, conducting a Phase II Environmental study, on behalf of Montgomery County. County Executive Matthew L. Ossenfort announced Thursday that approximately $100K in environmental work is being done by the EPA at no cost to local taxpayers.

During the week of Aug. 9-13, Talon Drilling Company, from Trenton, N.J., and engineers from CDM Smith, in Latham, traveled the entire 26-acre site, drilling and obtaining soil and ground water samples to determine, what, if any, environmental contaminants may be at the property, which sits adjacent to Exit 29 of the New York State Thruway and was previously owned by Beech-Nut.

Previously, a Phase I environmental study resulted in a multimillion dollar figure emerging for the remediation of the site.

"We are making progress," Ossenfort said. "There is a lot of work remaining and a long road still in front of us, but I am optimistic that this site, which has been a symbol of the struggles that some upstate manufacturing towns have felt, will be turned around and can complement the beautiful and charming downtown that Canajoharie currently offers."

The County has recently submitted applications for three grants related to the remediation of the site through the state's Local Waterfront Revitalization Program, the state's Restore New York Communities Initiative and the EPA.

Throughout this entire process, the county has recognized that it will need assistance from state and federal partners. In January, Congressman Chris Gibson (R-Kinderhook) toured the site with Ossenfort and village mayor Francis Avery. Last month, Empire State Development President & CEO Howard Zemsky, commissioner of the state Department of Economic Development, visited the village to see the current state of the site and provide input on a path forward.

While much of the county's focus has been dedicated to the remediation of the site, the future provides a great opportunity for the property because of its downtown location and proximity to the thruway and Mohawk River. In early August, a team representing the county participated in the American Architectural Foundation's 2016 Sustainable Cities Design Academy, in Washington, D.C. The three-day design charrette focused on the future of the 26- acre site and included brainstorming sessions, cross-disciplinary training and implementation planning. The Canajoharie site was one of four winning public-private development teams chosen from a well-qualified field, which also included Baltimore, Wichita, Kan., and Fresno, Calif. The exciting takeaways from that conference will be made public over the coming months and the county will look to engage the public and be open to feedback, thoughts and suggestions.

At his State of the County address in February, Ossenfort announced the creation of a Task Force that has since met monthly to maintain progress on this project, which is a top priority. The Task Force is comprised of the County Executive, County Attorney, County Treasurer, representatives from the County Legislature and county's Economic Development office, an environmental attorney, the Regional Director of the New York Department of Environmental Conservation and the Village of Canajoharie. 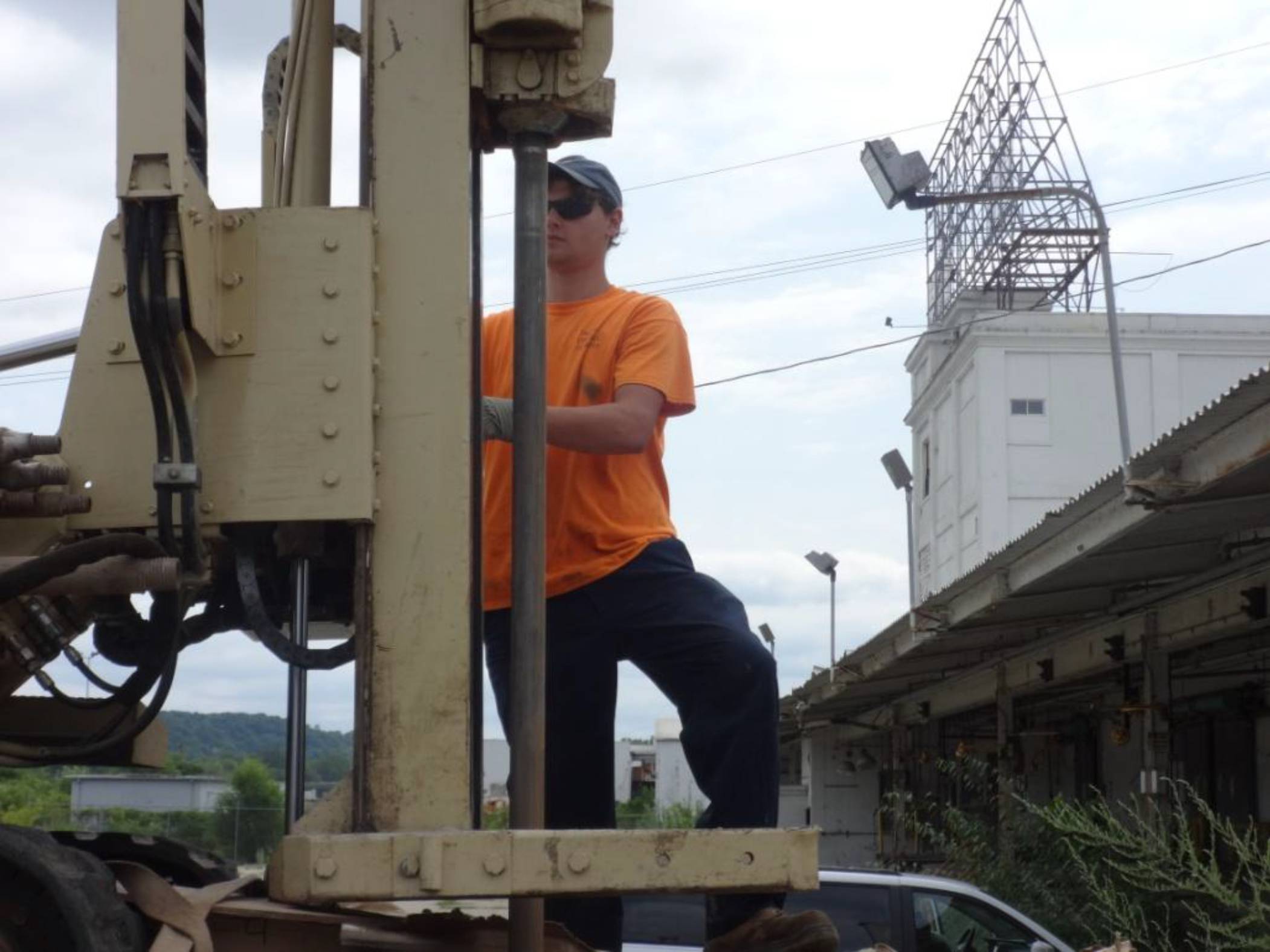 Talon Drilling Company, from Trenton, N.J., and engineers from CDM Smith, in Latham, were in Canajoharie during the week of Aug. 9-13, drilling and obtaining soil and ground water samples at the 26- acre former Beech-Nut site. Above, a member of Talon's team unloads the Geoprobe, which was the piece of equipment used throughout the property to drill for subsurface samples.